One of the joys of getting older, other than the disappearance of acne and the sudden appearance of a boyfriend, is the opportunity to get to know oneself better. I have this fleeting thought often, beginning with the acceptance of the way my mouth wrinkles in strange ways when I speak on something that excites me, or the realization that my most embarrassing moments in life matter just a little bit less than I think they do. But one thing that has come to light in the past year or so is that I am, undoubtedly, a creature of habit.

A classic 1999 ecology paper by John Lawton examines the premise of what he refers to as a general law of ecology: Contingency theory. He defines this theory as the basic thought that outcomes are based on various environmental variables, and cannot be explained by simple means. In the paper, Lawton makes two key observations of the world around him:

1.) We, as creatures of thought and reason, tend to identify boundaries and patterns in order to make sense of the world around us, and

2.) These patterns are solely “user defined”, meaning, they originate from the viewpoint of the observer, and are almost always generalizations, as we have virtually no idea what types of biotic and abiotic processes truly underpin the dynamics of a system.

Lawton writes further on contingency theory, which has become a theoretical cornerstone in the ecology discipline:

“The tension between pattern seekers, those who believe there are some rules out there, and those who believe that nature is infinitely wonderful and complex, is nicely illustrated by population dynamics…there are not ten million kinds of population dynamics; rather there are a multitude of essentially trivial variations on a few common themes…in other words, the search for ecological rules is contingent on the organism and its environment.”

I am a pattern seeker. I look for meaning in everything, routine in daily life, and if I act in a certain way, I expect a specific outcome. I’m a firm believer in Newton’s third law of motion: for every action, there is an equal and opposite reaction.

If I am kind to someone, I expect kindness back. If I work hard on an assignment for school, I expect a good grade. If I practice tennis for hours, I expect to play well and win at my next tournament. I seek patterns. I seek logic, and things that make sense. I seek order.

My cozy top-floor apartment reflects my Type-A personality: Everything is organized, clean, and tidy. Everything has a place. Everything smells like lavender, is neatly folded, and has its own labeled storage bin. If anything smells off or is out of place, or if my neighbors are making a bit more noise than usual, then my routine is thrown off. I am inconvenienced by external factors. Sometimes these factors are things I can quickly fix, and sometimes these factors are just a part of living in an apartment full of college students. Some things I can control, and some things I can’t–but I try my darndest to ensure everything is how I like it, all the time. If I work my hardest to keep everything in place and under control, nothing will go wrong, right?

Unfortunately, ecological communities are rarely cut-and-dry scatterplots. There is almost never a single independent variable and dependent variable, rather, the conceptual framework for the life of the average human in today’s day and age is multivariate. At any given time, there are multiple inputs and multiple outputs in a system, and it is sometimes nearly impossible to understand the patterns and nuances presenting themselves. Life is contingent on many external and internal forces. Life is messy.

Rarely will you have a perfect experiment: If you smile at every single person you pass in the store, how many of them will smile back? The conceptual framework I have presented for my life (pattern-seeking) suggests that every single person I smile at should smile back. However, Dr. Lawton’s contingent theory would suggest that the framework of this experiment is multivariate: there are many factors playing in to the dependent variable –whether or not the recipient will smile back. Psychology suggests that the majority of responses will be dictated on the recipient’s biases, previous experiences in the day, and general demeanor–among numerous other variables, both internal and external. The reality of this experiment would probably yield confusing and varied results, with some recipients smiling back, some acknowledging me but not responding, and some completely ignoring the gesture.

A few years back, I had the pleasure of sitting across from probably one of the most interesting women I had ever met at dinner. I was in San Francisco for a geology conference, and was enjoying a delicious plate of carbonara at a hole-in-the-wall Italian restaurant as part of a mountain biogeography focus group. The woman and I were quiet throughout most of the dinner, as the rest of the tenured faculty and esteemed research scientists chattered around us about their latest grants and research proposals. Finally, I gained the courage to introduce myself, and the woman reciprocated. I quickly found that she was the wife of the man sitting to her right, who was a geology professor at UCLA, but she herself worked as a trauma counselor for women and children in war-torn countries. She had just returned from a three-year stint in Syria, where consoling loved ones of victims of car bombings and recent amputees due to land mines was a daily task.

The woman, named Emma, told me stories of her time in Egypt: decrypting ancient hieroglyphs at the Pyramids of Giza, exploring the dusty streets of Cairo, and warding off the constant threats of violence towards her due to being one of the few women not being accompanied by a man in public and driving her own car. She told me about Iraq: of the delicious shish kababs crafted by street vendors, exploring the Baghdad zoo, and the commonality of the bombings there. She told me of Syria, Sudan, and Turkey. Of the things she had encountered. Of the horrors she had witnessed.

But Emma, how could you even begin to help someone pick up the pieces after something that traumatizing? I asked.

The first step in picking up the pieces, Emma told me, is to accept a simple fact: Sometimes life is horrible. Sometimes life makes no sense. Sometimes things happen, and we don’t know why. Things spiral into chaos, into darkness, and there’s no explanation for them. And the trick to dealing with all of these things, Emma said, is to accept that bad, confusing things happen, and we don’t know why. The world is sick. The world can be senseless and evil to us, and it’s not our fault. We can’t control what happens to us sometimes, but we can control the way we respond. We can choose to let these things break us, or we can choose to let them inspire us to do good.

So, there is tension between the pattern-seekers (me et. al.), and those who believe that nature is infinitely wonderful and complex. In life, depending on the user’s perspective, we may venture to say that life is not infinitely wonderful; rather, it is a spiraling vortex of chaos and inexplicable pain: a hurricane of loss, heartbreak, and misfortune.

Emma did not appear to me to be to be a spiritual woman, but her words struck a chord in me. The world is sinful, but we can choose to respond with grace. We can choose to put good back in to the world when it gives us disorder.

In the human race’s unfailing and laborious search for meaning in a world full of chaos and disorder, maybe ecologists have one thing straight. Maybe there is infinite wonder still to be discovered. Rather than seeking to organize and make sense of this wonder, what if we sought to simply allow the madness to pass us by, and respond with goodness?

We cannot control the action, but we can choose to respond with a positive reaction.

In this way, I believe that there can be harmony between the pattern-seekers and the contingent theorists. Contingency theory, when speaking within the contextual framework of a human life, states that there are many factors that influence an outcome. However, as a pattern-seeker, I can choose to continually respond to these chaotic inputs with a positive, consistent response: I can choose to respond with grace. 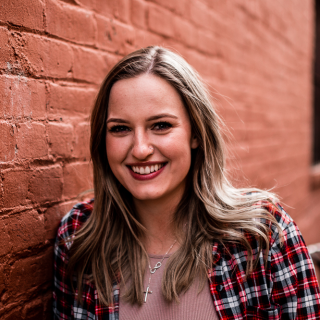